Posted on by admin

Would you like to intervene in the course of great battles?
In Make War you have to play for an aliens, which have access to the thread of time. From the natural thirst for blood or simply out of boredom, they decide to send their troops and various weapons to the battlefield.
Interventions begin in 991 in the Battle of Maldon. Vikings and Anglo-Saxons are the first, whose glorious battle will be disrupted by an alien invasion.
Make War is a sandbox in which you can place a variety of weapons on the battlefield to perform various tasks. In the course of their implementation will open new weapons and troops. 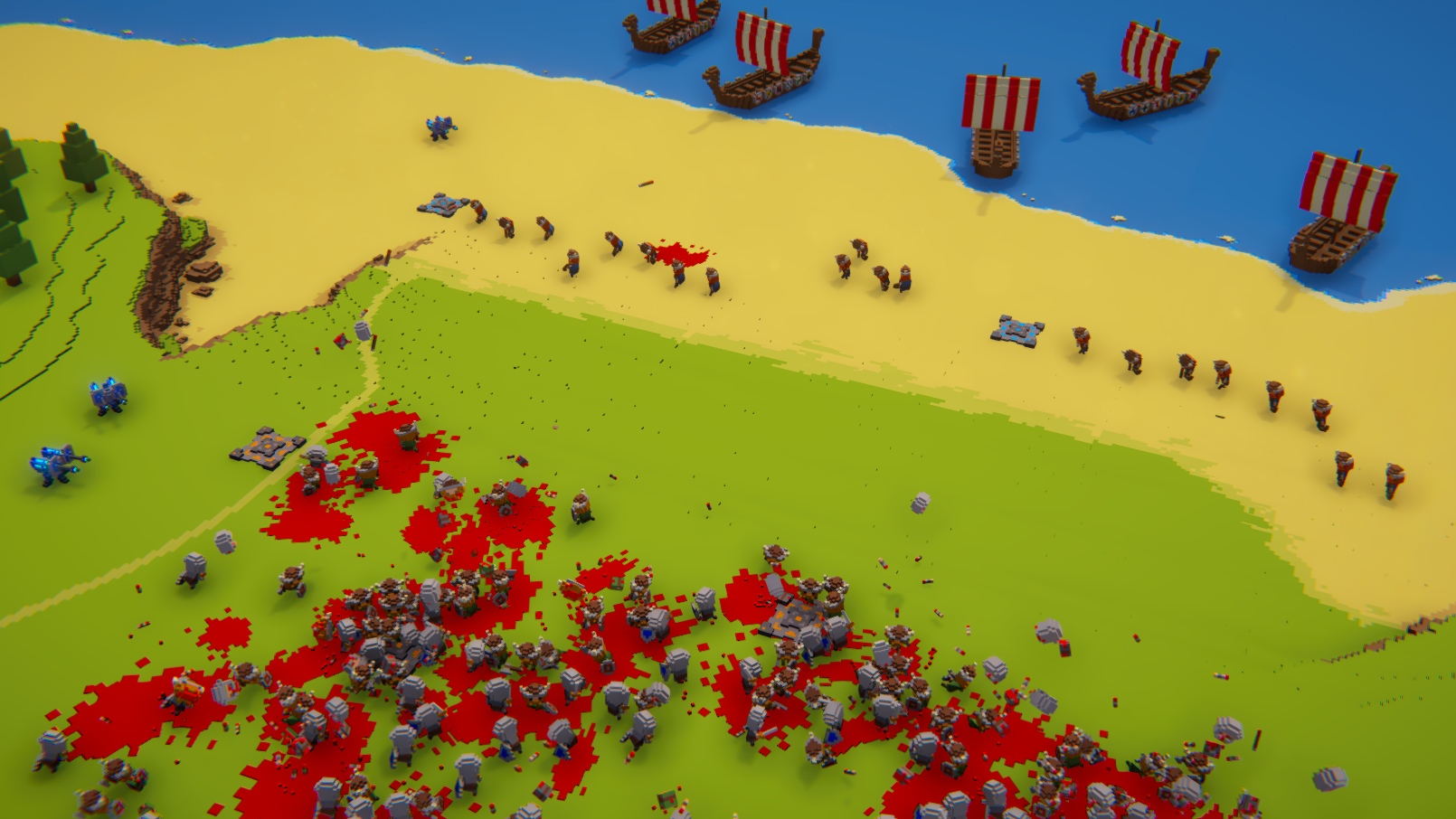